From Lake Geneva to the foothills of Salève Moutain

On the French Way of St. James, crossing large cities is not commonplace. There aren’t any, it’s simple. Switzerland is different. It is such a small country that it is difficult to find passing places to avoid the cities. And in Geneva, it’s even worse. Geneva is a sort of big cul-de-sac, wedged between Lake Geneva and Salève Mountain. It will therefore be necessary to cross all of Geneva, Carouge in particular to leave Switzerland. But in Geneva, it’s not just banks. The old town is small, but charming. Carouge is a pretty town.

Once out of town, the Franco-Swiss border is very close. For the rest, the course is a long hike in the countryside, under the foothills of Salève, which overlooks Geneva. You will quickly see how you run from the city to the countryside, even if around Geneva, satellite villages have developed.

The milestone of 100,000 foreigners holding a border permit was exceeded for the first time in the canton of Geneva in July 2016, according to the Cantonal Statistical Office. Most of these people live in Haute-Savoie (74%), the others in neighboring departments. So, in the villages that you will walk through, the majority of people, whether French or Swiss living in Haute Savoie, work in Geneva.

Difficulty of the course: Slope variations (+567 meters/-163 meters) are not that great overall, if you consider that you slope up to a pass. But, it’s a low altitude pass. As far as the Franco-Swiss border, after Compesières, it’s a flat or slightly uphill walk. But, from the border, the track climbs and climbs, almost without stopping to the Mont Sion pass. All the way, the slopes will not exceed 15% incline. But, rest assured, there are still some nice ramps to walk, but they are generally short, especially near Verrières side.

In this stage, a large part of the route takes place on paved roads. What do you want? You are walking near a big city, and in town:

General overview of the difficulties of the route: flat, in town.

The route passes in front of the Old Arsenal, a stone’s throw from the Town Hall. Under its arcades and at the foot of the frescoes recalling Geneva from Julius Caesar to the Reformation, five cannons, similar to those which defended the ramparts of the city, occupy the ground paved with pebbles. The building today houses the state archives. 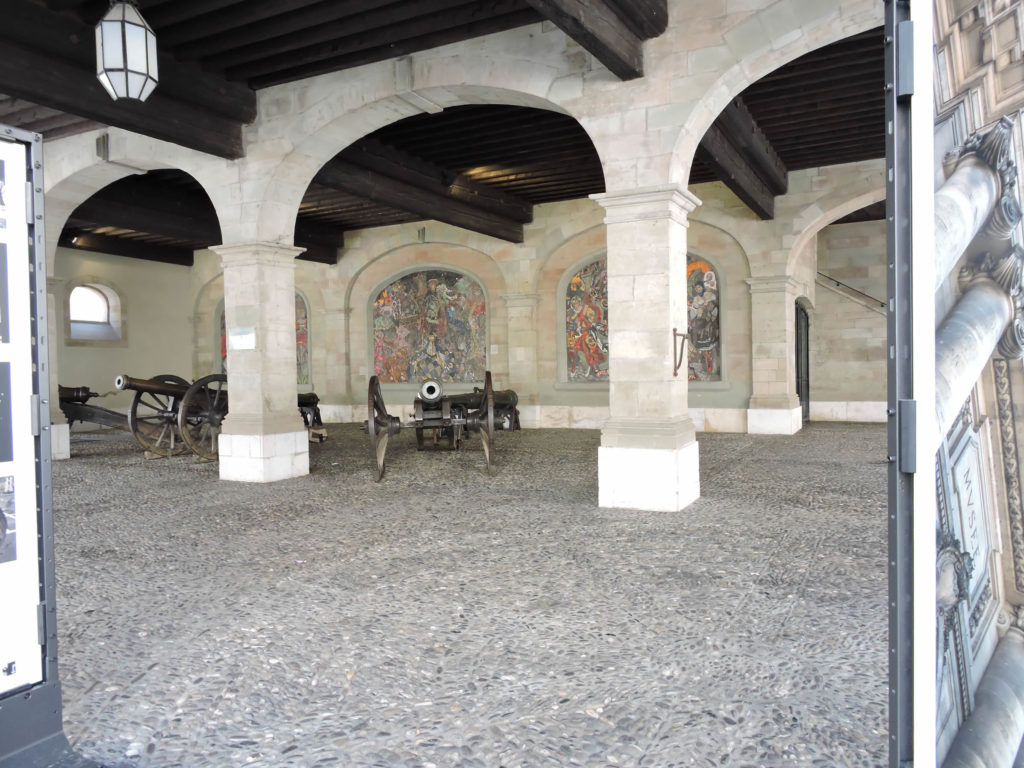 Section 2: In the Geneva countryside, or at least what’s left of it.

A pathway path slopes up from the river in the undergrowth, to find a paved road. There, Via Jacobi takes the direction of Saconnex d´Arve. 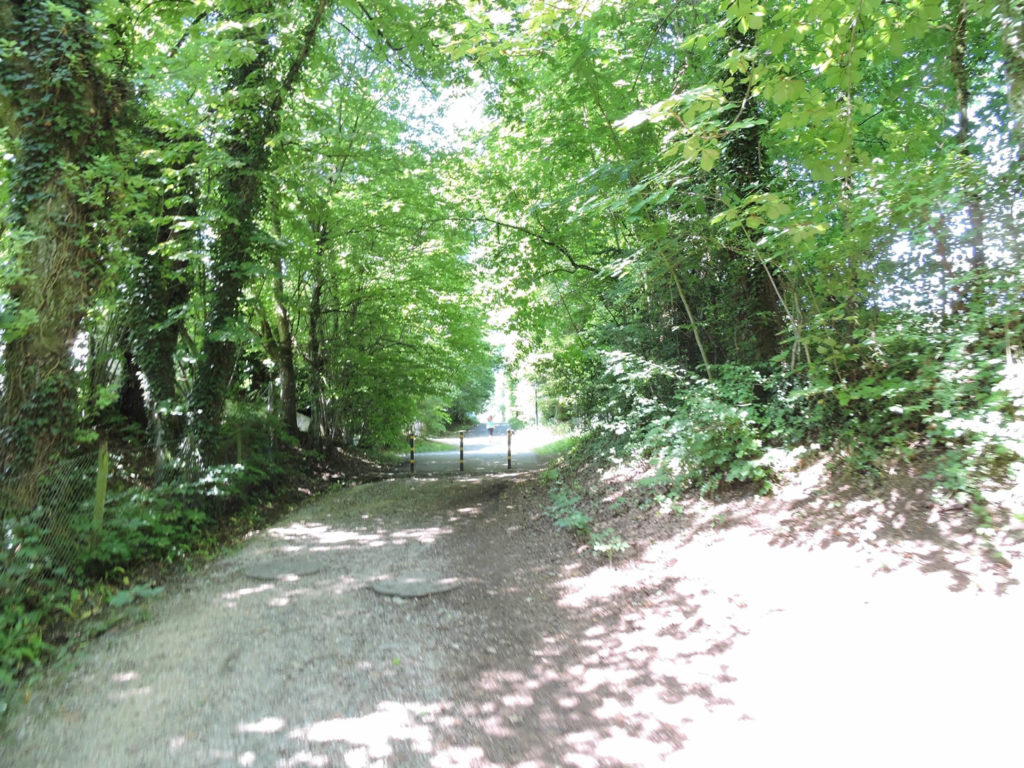 Section 3: From Switzerland to France in the countryside.

General overview of the difficulties of the route: some steeper slopes between La Forge and Verrières.

In Verrières, you are at an altitude of 700 meters, about a 2 hour walk to the Mont Sion Pass. You climbed 300 meters from the lake, and there is no more than 175 meters to climb to the top of the stage. For people who are starting the Way in Geneva, it is demanding. But for others, it’s all fun. 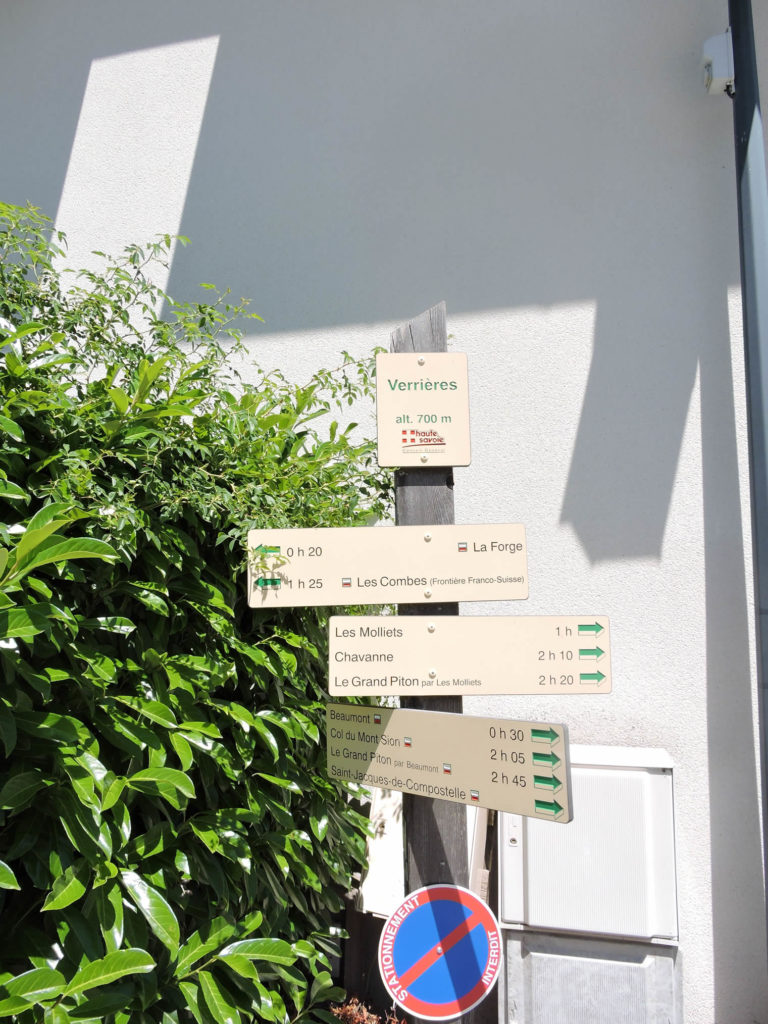 Section 5: On the way, there is the beautiful old Pomier Abbey.

General overview of the difficulties of the route: some nice ramps between 10% and 15%, but it’s far from insurmountable.

The pathway then descends gently to Beaumont village. On the horizon you’ll see the Mont Sion Pass on the side under Salève Mountain. 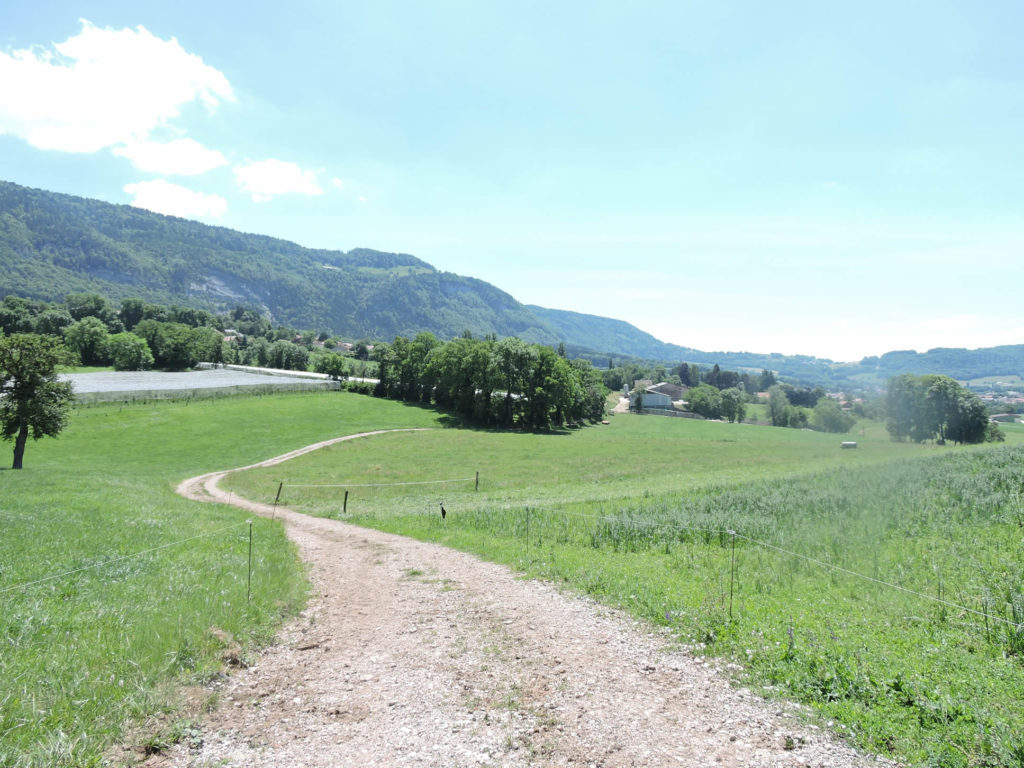 A pilgrim may have strayed here one day… 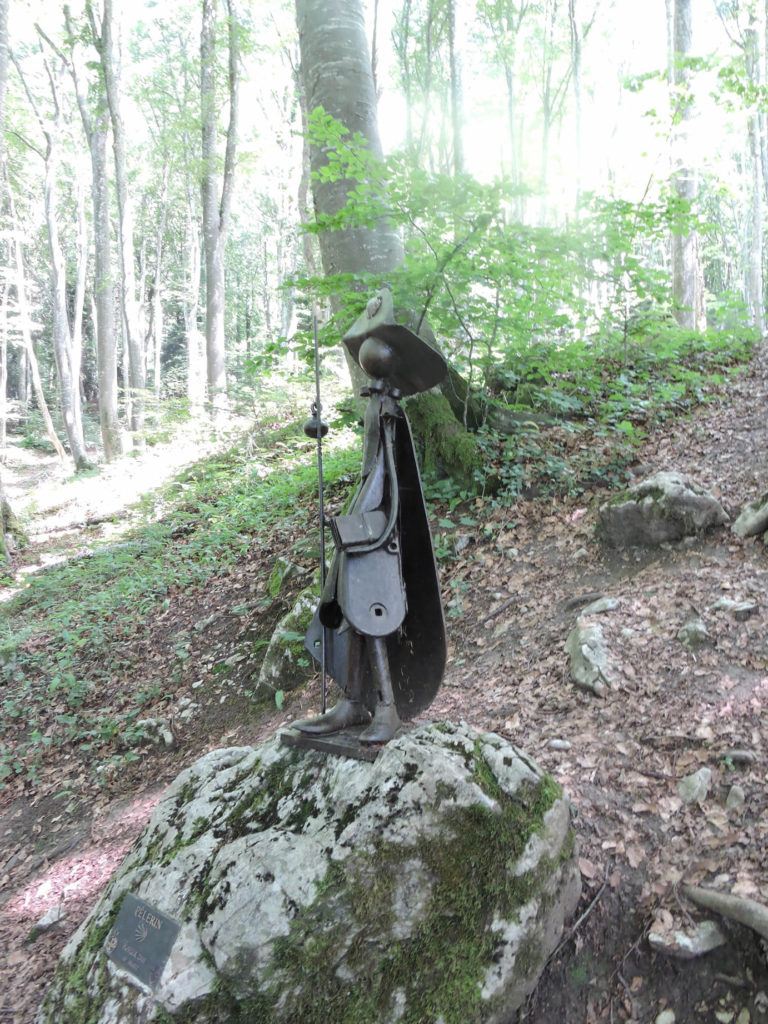 From here, the view is extended over Geneva and the Rhône plain. 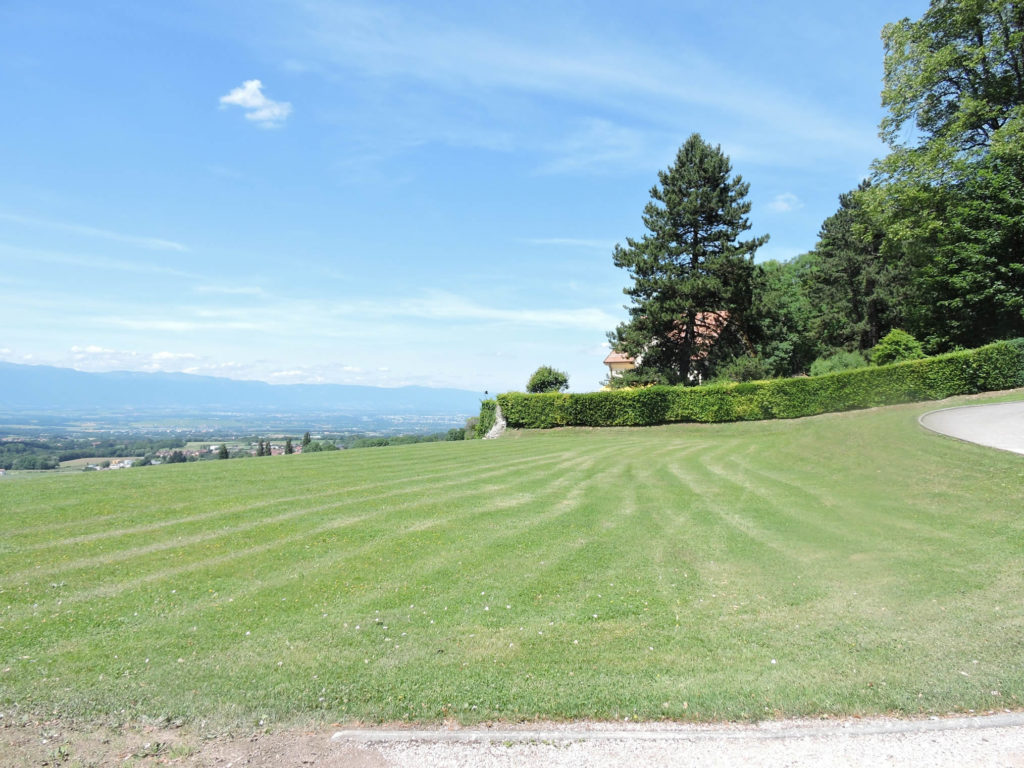 Section 6: Under the Salève Mountain to the Pass.

General overview of the difficulties of the route: some nice ramps between 10% and 15%, but it’s far from insurmountable.